The recent buzz on the NSRCA's email chat list regarding the D3 ESC produced by Adam Debowski out of  Poland influenced me to try one.  Like most new products introduced to the F3A community, there were pros and cons encountered and mentioned by users. Since this product had been in use for some time by many European and some US competitors I felt I would not be taking a large risk trying this ESC from a small producer.

For my first venture, I elected to try the D3 in my BJ Craft G2 Invitation outfitted with  Hacker C50 14XL comp motor.  The prop I like on this combo is the APC 21.5x13 carbon.  As recommended by the D3 designer, I set the RPMs for on the ground, normal, spin, and landing flight conditions.  In addition, I set a idle high setting in the snap and stall turn flight conditions plus the recommended mid stick RPMs for all throttle curves configured for these conditions. On the first flight, I was a bit apprehensive about how the plane would perform in downlines with a 3100 rpm or high idle.  The first couple of downlines I moved the Tx throttle stick to full low as I would flying a more traditional ESC like the Spin 99.  The plane decelerated very nicely, however, I quickly realized by moving the stick to a position just a few clicks below mid stick but not to full low positions the braking effect was variable.  After logging a few more flights I made several adjustments to the throttle curves of rasing RPMs at the mid stick position and adjusted the in/out channel speed response.  Doing so greatly reduced the overall stick movement used for level flight cruise RPMs to RPMs required for downlines and uplines.

In summary, the value of the device has been quickly realized.  I am looking forward to logging more flights and fine-tuning rpm settings for each flight condition to my liking.  In the near term, I plan to order a second D3 for my recently completed CA Models Epic Evo with a Hacker C54 motor.  Contact Adam Debowski the designer/producer of the D3 at adam.debowski@d3motors.com  for more details and questions. 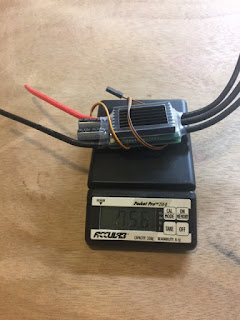 To measure RPM's realtime I used Futaba's brushless sensor.  To properly measure RPM's for the geared Hacker C50 a formula must be used to determine the gear ratio value for the sensor...(# of poles/2) x 6.7 = 6.7. The result is rounded to the nearest whole # and entered into the gear ratio field in the 32MZ's sensor setup.  Be sure to change the sensor type to Magnet as the instructions indicate. 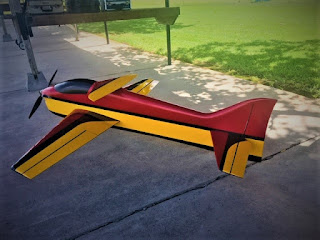 Posted by Glen Watson at 9:27 PM No comments: 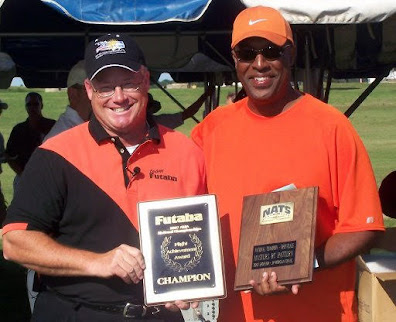